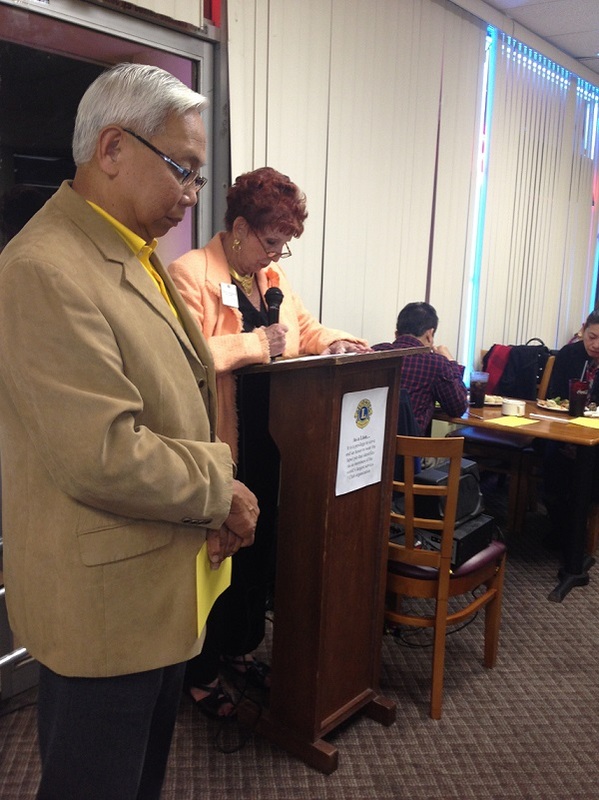 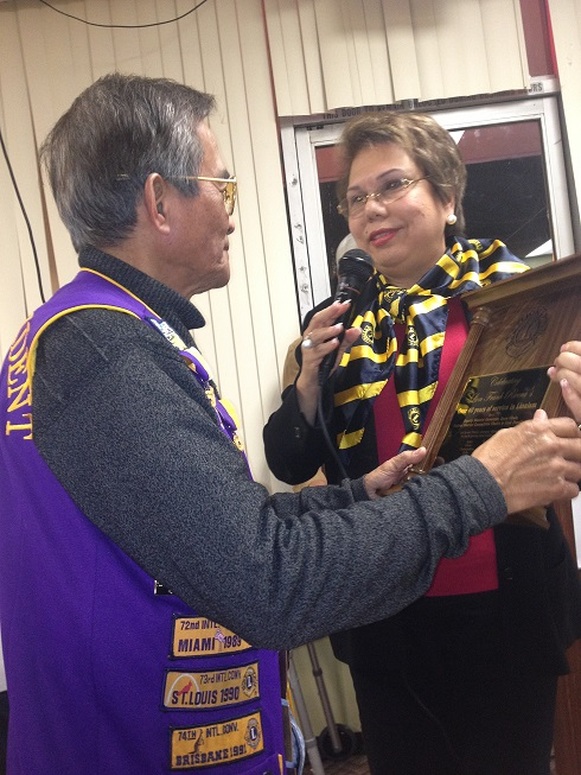 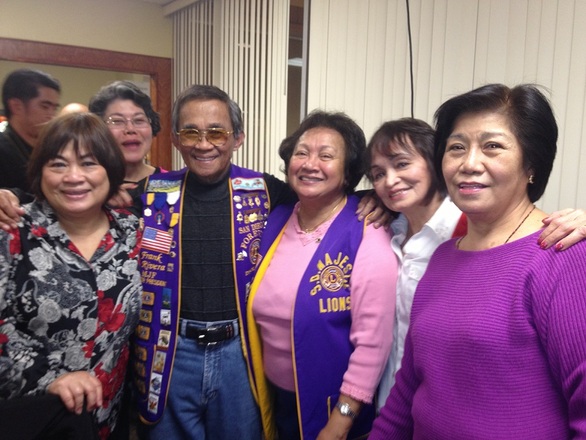 Lion Frank P. Rivera posing with some of the guests during the Dinner Recognition given to him by Lions of District 4-L6.  L to R - Lions Joseph, Rose, Trining, Frank, Cef, Priscilla and Guada (January 30, 2013) 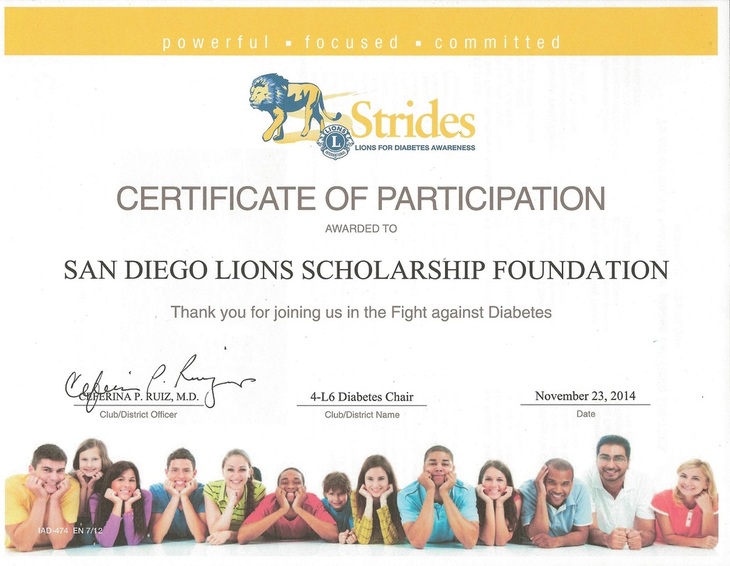